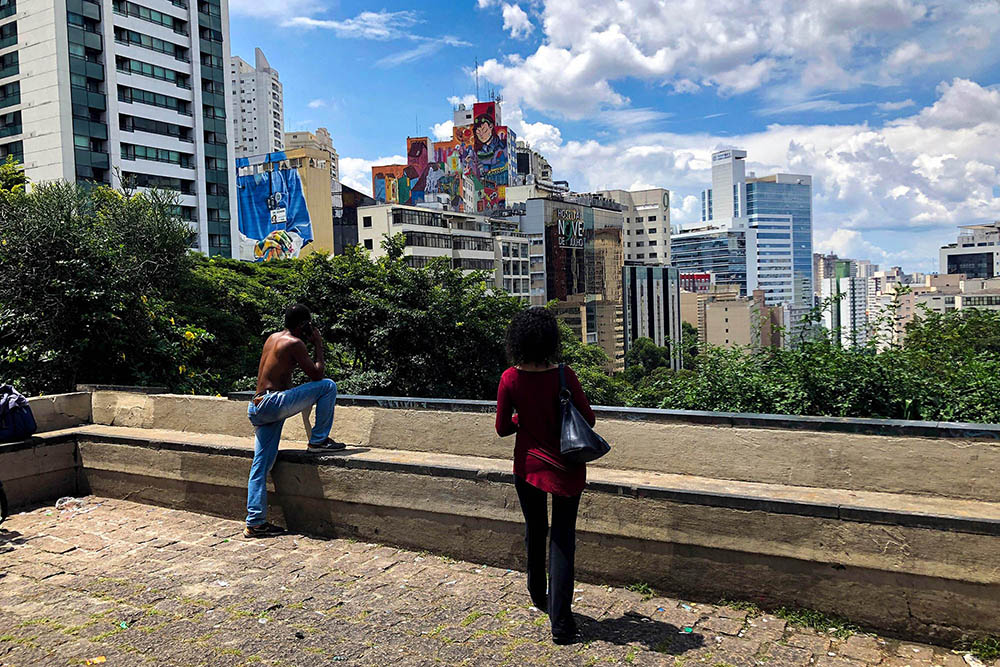 Affectionally known as Sampa, the Brazilian city of São Paulo, the biggest metropolis in the country, has South America's largest and most culturally diverse population. Paulistanos, the name given to the city's inhabitants, make up an urban population of over 12 million souls (21+ million if counting Greater Sao Paulo). It's home to the largest Portuguese-speaking city in the world — around 50% of which holds full or partial Italian ancestry. Paulistanos are also natives to over 200 countries — including the largest concentration of people of Japanese descent outside of Japan. 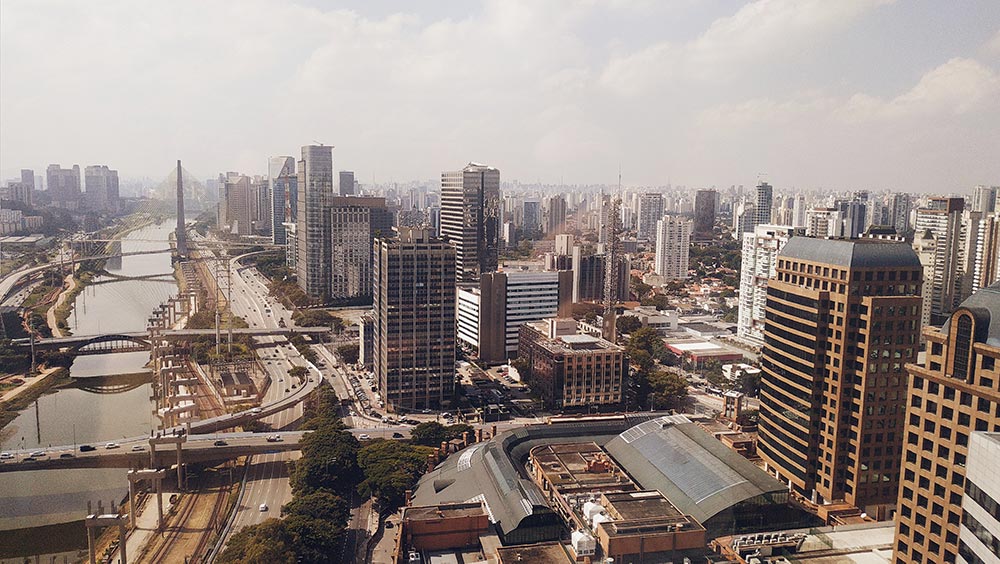 The State of São Paulo (whose inhabitants are called Paulistas), of which the city of São Paulo is the capital, is Brazil's wealthiest state. It also exerts a strong influence, both nationally and internationally, in the diverse spheres of finance, commerce, culture, the arts (including a leading street art scene) and entertainment.

The city of São Paulo, one of the world's largest cities, has much to offer to visitors — from large and beautiful parks complementing the urban landscape, museums, art galleries, world-class events, entertainment, great shopping, and a vast selection of restaurants and bars.

One of the city's main arteries, and economic core, is Avenida Paulista. Dividing São Paulo between the old and new parts of the municipality, the 2.7-kilometre (1.7-mile) avenue runs through an imposing agglomeration of skyscrapers. It's easy to feel like you're on New York city's Avenue of the Americas.

Avenida Paulista is a must-stop on any visit to São Paulo. On and around it, you will find gourmet restaurants, bookstores, art galleries, movie theatres, hotels, pubs, coffee shops, theatres and much more. Make sure to check out the São Paulo Museum of Art (MASP - Museu de Arte de São Paulo) and the nearby Trianon Park (also known as Parque Siqueira Campos).

Many hundreds of thousands of commuters transit along Avenida Paulista daily. The famous thoroughfare is closed to car traffic on Sundays, so Avenida Paulista transforms itself into a haven for joggers, cyclists, families enjoying the weekend.

After enjoying a taste of the Atlantic tropical forest at Trianon Park (where you suddenly won't feel you're in a mega-metropolis anymore), keep walking south-west towards the Jardins neighbourhood. You can't, and certainly shouldn't, miss Rua Oscar Freire (Oscar Freire Street) a few blocks away. While walking down toward Rua Oscar Freire from Avenida Paulista, I found several tasty restaurant options and many reasons to snap photos along the way.

The 2.6-kilometre virtual fashion runway is not only palatable to fashionistas. The quaint street, stretching from Alameda Casa Branca to Avenida Doutor Arnaldo, also offers a bit of street art, charming coffee shops and restaurants, great people-watching, as well as unique buildings.

If you only have time to visit one city park while in São Paulo, Parque Ibirapuera should be high on your list. Located directly south of Avenida Paulista, it attracts millions of visitors per year and is one of South America's largest metropolitan parks. Spanning 158 hectares, this urban oasis also doubles as a cultural hub — as it houses the Modern Art Museum, the Afro-Brazil Museum, a music hall, a planetarium and more. It also hosts the state legislature, the 9 de Julho Palace. The park also has much to offer to fitness enthusiasts — including cycling and jogging paths, playgrounds and courts.

The park, arguably the most beloved by Paulistanos, opened in 1954 to celebrate São Paulo's 400th anniversary. It was co-designed by landscape architect Roberto Burle Marx (1909-1994). In recent years, Ibirapuera Park has been selected as one of the 10 best parks in the world by The Guardian.

The Historical Centre: Praça da Sé and Pátio do Colégio

To really capture the soul of São Paulo, a visit to the city's Historical Centre is a must. A great place to start is at Praça da Sé (See Square in English). The square gets its name from the fact that it seats the episcopal see of the city, the Neo-Gothic-style São Paulo Cathedral — built between 1913 and 1967. The majestic Roman catholic cathedral rests on the site of an older church built back in the 1600s. So Praça da Sé is intimately intertwined with the earliest roots of São Paulo.

Even to this day, Praça da Sé literally holds a central place in the city. Street numbers of São Paulo start being counted from the direction of Marco Zero — a geographic marble milestone monument located in front of the Praça da Sé's emblematic cathedral.

Jesuit missionaries founded the city of São Paulo on January 25, 1554. The reason this day is significant is that it marks the anniversary of the conversion of Saint Paul of Tarsus — the city’s namesake. But São Paul officially became a city in 1711.

Pátio do Colégio (School Yard in English), located a short walk away from Praça da Sé, is the exact site where this story of the city's foundation took place in 1554. The square is situated in front of the historical Jesuit church, which still stands today. It's the city's oldest building. Today it’s home to the Museu Anchieta — where visitors can see parts of the building's original structure from the 16th century.

São Paulo gained in prominence in the 18th century with the slave-labour-fueled expansion of the sugarcane industry. Plantations multiplied across the state to satisfy the export demand leaving by ships from the port city of Santos to the south.

But the real boom came when the transition from sugarcane to coffee took place in the mid 19th century. Brazil soon became the world's biggest coffee producer. As slavery started being abolished, the coffee boom attracted a large number of immigrants from European countries and elsewhere like Italy, Portugal, Syria, Lebanon, Germany, Spain, and Ukraine following Emancipation. Afro-Brazilians were widely discriminated against in society and for employment through systemically racist daily practices and broader policies which favoured the massive influx of European immigrants in a government-led effort to "bleach the country."

The industrialized path towards today's São Paulo, and Brazil, was initiated when the coffee industry collapsed around the time of the Second World War. Paulistanos had no choice but to embrace massive industrialization and urban development.