Search Travel Deal See the world.
You are here: Home 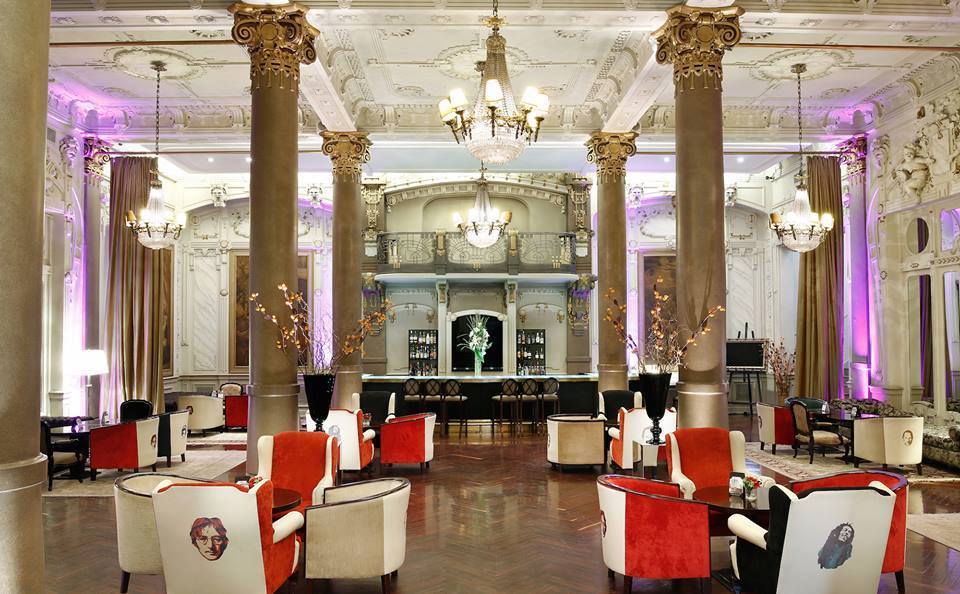 I’ve always had a thing for art deco design. The chiseled and sophisticated geometric styles of building architecture, furniture design and art popularized during the roaring 1920s have a timeless modern flair. Walking into the grandiose lobby and Imperio bar of the Savoy hotel earlier this summer in Buenos Aires, Argentina was like walking back in time to the aftermath of the Belle Époque. Built in 1910, the hotel was renovated in recent years to mark its centenary.

The sense of stepping back into a glamorous past is accentuated with the large photos of Eva Perón and Albert Einstein adorning the back walls of the two hotel elevators. Einstein was a guest of the hotel in 1925 and the establishment was famously a favourite of late Argentinian First Lady. Evita occupied room 111 during her soap opera acting career.

The neo-baroque building occupied by the 4-star Savoy Hotel, set on Avenida Callao, is conveniently located in the historic and political downtown district, near the bohemian Avenida Corrientes and in close proximity to the must-see Recoleta neighbourhood. It’s also just a four-minute walk form the Congreso (National Congress Palace), near Plaza de Mayo, and a ten-minute walk from the emblematic Obelisco Monument (Obelisk).

The hotel rooms and amenities

Even before accessing one of the 164 chic rooms with soundproof windows, the stately seating lounges on each of the five floors, all decorated in their own style, give a homey feeling. During my week-long-stay, I often found myself spending leisurely time on my laptop there rather than in my room – although those common areas could be better lit. For a more business-like working environment, digital nomads and corporate travellers are well served with the 24-hour business centre.

The smoke-free rooms are elegantly decorated and feature a flat-screen TV, a work desk, minibar and Wi-Fi for a fee. A fitness room is available, as well as spa facilities and services. Guests on the executive rooms or suites have access to the VIP Lounge located on the panoramic dome with free all-day drinks and snacks.

The Las Manzanas restaurant on the main floor offers a free full American breakfast buffet. The soaring ceilings, intricate moldings, and overall luxurious settings all are part of the experience.

Getting around and things to see nearby

After breakfast, the friendly and multilingual hotel staff will be glad to provide a map of the surrounding sightseeing areas and give useful tips. If planning to use public transportation (buses and metro), which I would highly recommend, it’s important to note that a reloadable transit card must first be purchased at nearby corner stores. You must then present the transit card to be charged at a metro station. Metro station staff and bus drivers aren’t able to provide transit cards.

The nearby Avenida Corrientes is considered Buenos Aires’ version of New York’s Broadway or London’s Strand. One of the most important thoroughfares in the city, the avenue is home to many theatres, pubs, bookstores, coffee shops and carries much of the city’s history of tango.

Looming majestically on the horizon while strolling along Avenida Corrientes, it’s impossible to miss the Obelisco. The 68-metre-tall monument was erected in 1936 to commemorate the fourth centenary of the first foundation of the city. It’s a genuine icon of Buenos Aires.

Another must near the hotel is a visit of the Recoleta neighbourhood. One of the most elegant neighbourhoods in Bueno Aires, Recoleta is known as the Little Paris. It’s a popular tourist destination and is also home to the city’s more affluent class. The borough is famous for its European-style architecture, historical significance, and the Recoleta Cemetery – where Eva Perón is buried. For a dose of culture, visit the National Fine Arts Museum (Museo Nacional de Bellas Artes) and the National Library of Argentina.

The Savoy Hotel is a perfect choice for those looking for a more luxurious option in a prime location of Buenos Aires, near major sightseeing spots, historical and cultural gems, as well as easy access to public transportation.