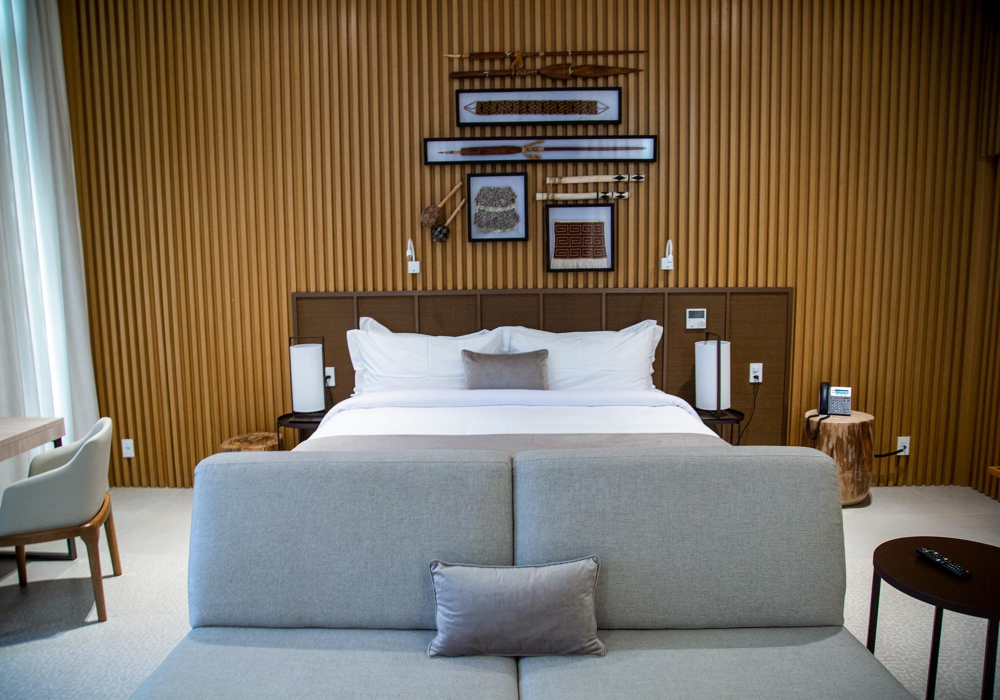 By complete coincidence, as I walked the streets of Manaus' historical district, in the northern Brazilian state of Amazonas, my eye caught a beautiful yellow 19th-century building this past February. The classic French Belle Époque style building featured what looked like an upscale café or restaurant. I asked a friendly attendant at the front gate if it was possible to go in for a coffee.

As we walked in, I was greeted by a luxurious dining area worthy of a five-star hotel. Soon enough, I learned the restaurant was indeed part of a newly-opened luxury boutique hotel. The location was perfect, as it stood right across from the iconic Amazonas Theatre.

It turns out the Juma Ópera was in its soft launch period, as it had started operating less than three weeks prior. I was given a brief history of the building, subsequently introduced to the general manager, and was even given a hotel tour. I could still see workers putting some finishing touches around the building and the hallways still slightly smelled of fresh paint.

Although I had already booked a room in one of the city's hotels for my short stay, I got the immediate sense that this establishment was a unique experience not to be missed. I couldn't resist the temptation to splurge on the presidential suite. Yes, the YOLO vibe was in full effect!

It was by far the best hotel suite I've ever stayed in. Of course, this was also my first stay in any presidential suite. But the Amazonian-themed decor was very tastefully done and perfectly married the very modern feel and interior design. The hand-made works of art also gave a personal touch and a welcoming feel—pieces of indigenous handicrafts, such as basket weaving, are spread throughout all environments.

The rooftop pool overlooking the golden dome of the Amazon Theatre opera house is undoubtedly an Instagram-worthy gem. In fact, over 80% of the hotel's rooms overlook the Amazonas Theatre. Foodies and social influencers will also like the generous buffet breakfast.

Ideally located in the Manaus' historical centre, the Juma Ópera is a quick walk away from the city's top attractions like the Largo de São Sebastião plaza, the Amazonas Theatre, the Adolpho Lisboa public market, and the Manaus Port.

The property is owned by the same group behind the luxurious and sustainability-conscious Juma Amazon Lodge. True to the group's respect for nature, many natural materials from the region were used for its construction. Built with a budget of R $25 million over a 10-year+ plan, the project involved the renovation of the 19th-century mansion, which once hosted former American president Theodore Roosevelt, when he was in Manaus in 1913.

So, it turns out this was a genuine presidential suite experience.